You are here:
AAUW NC is pleased to announce that Pat Ashe, AAUW NC Board Member and past president of the Asheville branch has accepted nomination as AAUW NC President. Current Branch Advocate Janet Bunger is willing to stand for election for a second two-year term.

Nominations were sought by email from branch presidents and state officers. There will not be nominations from the floor on the day of the virtual annual meeting (March 20). If you have someone you would like to nominate, please send the nomination before March 13 to branchadvocate@aauwnc.org so consent can be obtained and information about the nominee can be distributed to members.  All members in attendance at the annual meeting are eligible to vote. If there is only one nominee for each office, the election will proceed with a voice vote.  Otherwise, if a contested election, a ballot will be available for attendees. 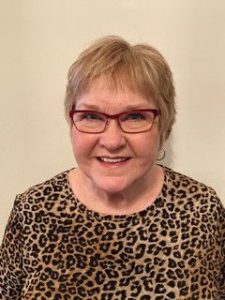 Pat has been a member of AAUW since 2007, serving as the AAUW Asheville branch Executive Vice-President in 2018-19 and President the following year, as well as being a member of the Advocacy/Public Policy and STEM Committees.  Pat is currently the President of The GEM Fund Board, which is the philanthropic arm of AAUW Asheville, the AAUW NC Virtual Series Program Chair, Secretary of the Women’s Civic Club of Asheville, and a proud grandmother of 3 who live close by. She is a retired hospital administrator whose 43 years of working with predominantly female caregivers translates well to embracing and supporting the mission of AAUW.  She has a BSN from Fort Hays Kansas State College and a MS from Arizona State University. 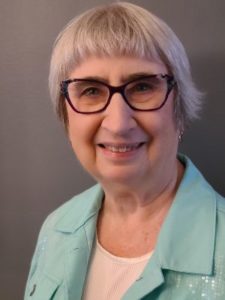 Janet Bunger served as the Branch Advocate for the last year and a half. Prior to moving to North Carolina in 2018, she served as the AAUW National Finance Vice-Chair, overseeing the Finance and Investment Committees. In Utah, she served in various branch and state positions. She is a 29-year member of AAUW, seeking ways to advocate for equity. She has degrees from the University of Wyoming in mathematics and from the University of Utah in accounting. She became a CPA, working in public accounting and later as a financial advisor. She is a longtime volunteer, serving on boards for The Utah Girl Scouts, Symphony Guild and “Real Women Run,” a coalition of organizations that encourages women to run for office.