Does gender equality under the law remain a dream in 2017? 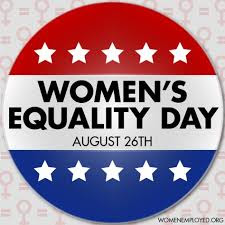 The ERA amendment states that: Equality of rights under the law shall not be denied or abridged by the United States or by any state because of sex.

It is important to note that gender equality does not have the same protection under the law as equality in terms of race, religion or nationality. Ratification of the ERA amendment is critical. This amendment will guarantee Constitutional protection for gender equality as well.

Nearly 100 years ago, women achieved the right to vote with passage of the 19th Amendment on August 26, 1920. The first ERA legislation was presented to Congress in 1923 and eventually was passed by Congress in 1972. However, to become an amendment to the Constitution, 38 states also need to ratify the ERA amendment. So far 36 states have done so, as Nevada moved us closer to that goal on March 20, 2017. Now we have only two more states to go.

North Carolina has NOT ratified ERA. After 45 years, the NC bill remains buried in committee.

As we celebrate Women’s Equality Day on August 26th, let’s also encourage our North Carolina legislators to pass the ERA. In 2020, we hope to celebrate both the 100th anniversary of the 19th amendment and, ERA, the newest constitutional amendment. North Carolinians need to add their voices to help complete this unfinished business!