Update on the ERA in the 2019 session of the NCGA 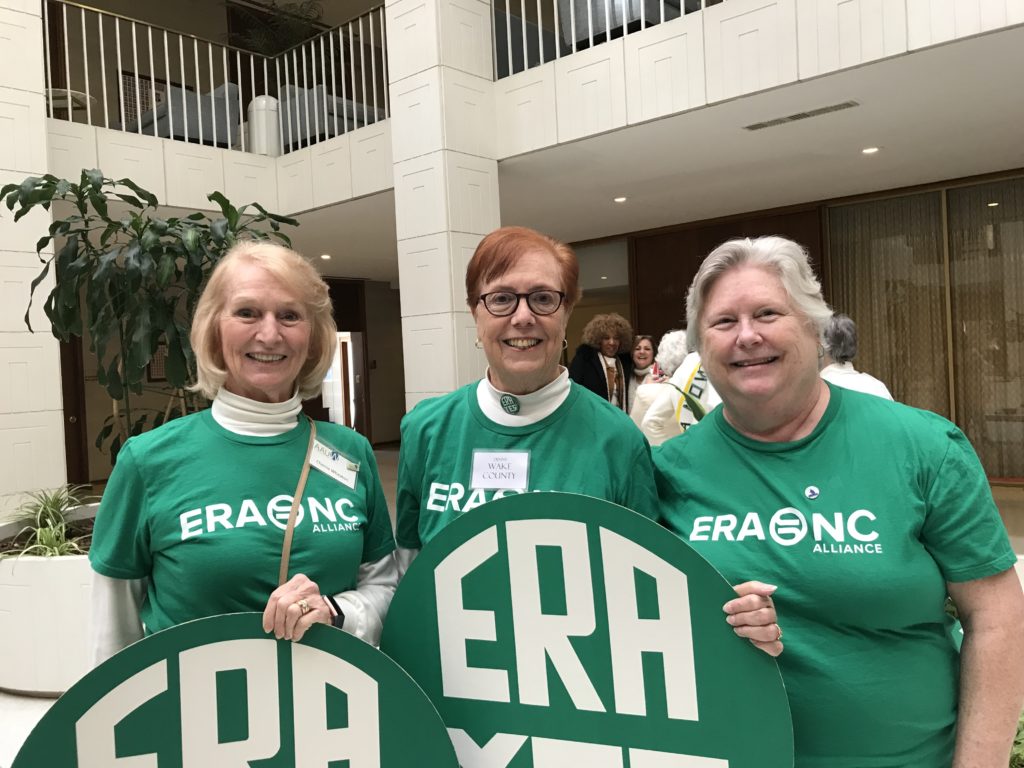 AAUW members Cherrie Wheaton, Denny McGuire, and Laura Garmendia at the March 5, 2019 event at the NCGA

Again this year, bills to have North Carolina ratify the ERA have been introduced in the NC General Assembly. The introduction was highlighted by a gathering of ERA supporters across the state at the Legislative Building. AAUW was represented by Co-President Cherrie Wheaton and Public Policy Co-Chairs Denny McGuire and Laura Garmendia.

Representative Floyd McKissick, an ERA supporter who has introduced the ratification legislation in previous sessions, has a post on his Facebook page where he thanks three additional AAUW members for their work: Marena Groll, Roberta Madden, and Gailya Paliga. The ERA is a long-time AAUW (and AAUW NC) priority and we, too, thank those members for their work on this issue.

Update on April 5 from Denny McGuire:

Good News—On March 5 the legislation was filed in both the NC House and Senate to endorse ratification
of the Equal rights Amendment to the United States constitution. Both bills were cosponsored by more
members than in years past.